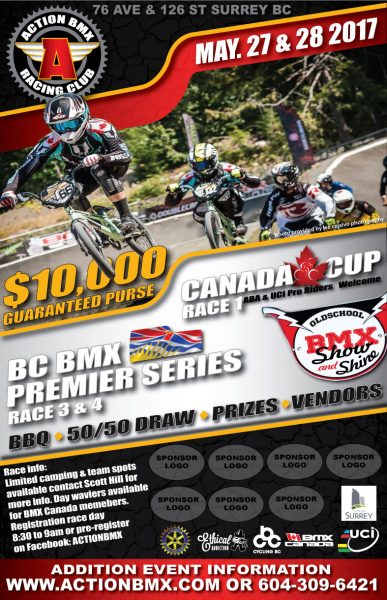 The series will kick off in May, and will travel to Surrey, British Columbia, Ontario, and Alberta to finish in Calgary, AB where the new Canada Cup overall Champions will be crowned.

The Canada Cup was introduced in 2012 as a way to help bridge provincial competitions to the international stage, and since has been an efficient tool in providing national competition to young riders, which is propelling Canada to some of its best international results since BMX became an Olympic discipline in 2008.

The venue in Surrey BC, new to the Canada Cup circuit, is one of British Columbia’s most exciting and fast paced tracks, which should provide excellent racing and spectating for all ages.